Lately, I have put in a lot of work to polish, bugfix and implement all your feedback and want to let you in on the progress!

Here are a few of the changes that will happen in version 0.5.3:

- Fake walls can now be detected through a symbol on the wall!

- Changed up the Swiftness skill as well as the Swiftness Tome powerup! They no longer grant increased movement speed, but will give more attack speed instead. This is due to movement speed bonuses messing up both bossfights and many trap rooms, and I felt the best solution was to simply take those stats and put them into attack speed, eventually allowing you to become a living machine gun. 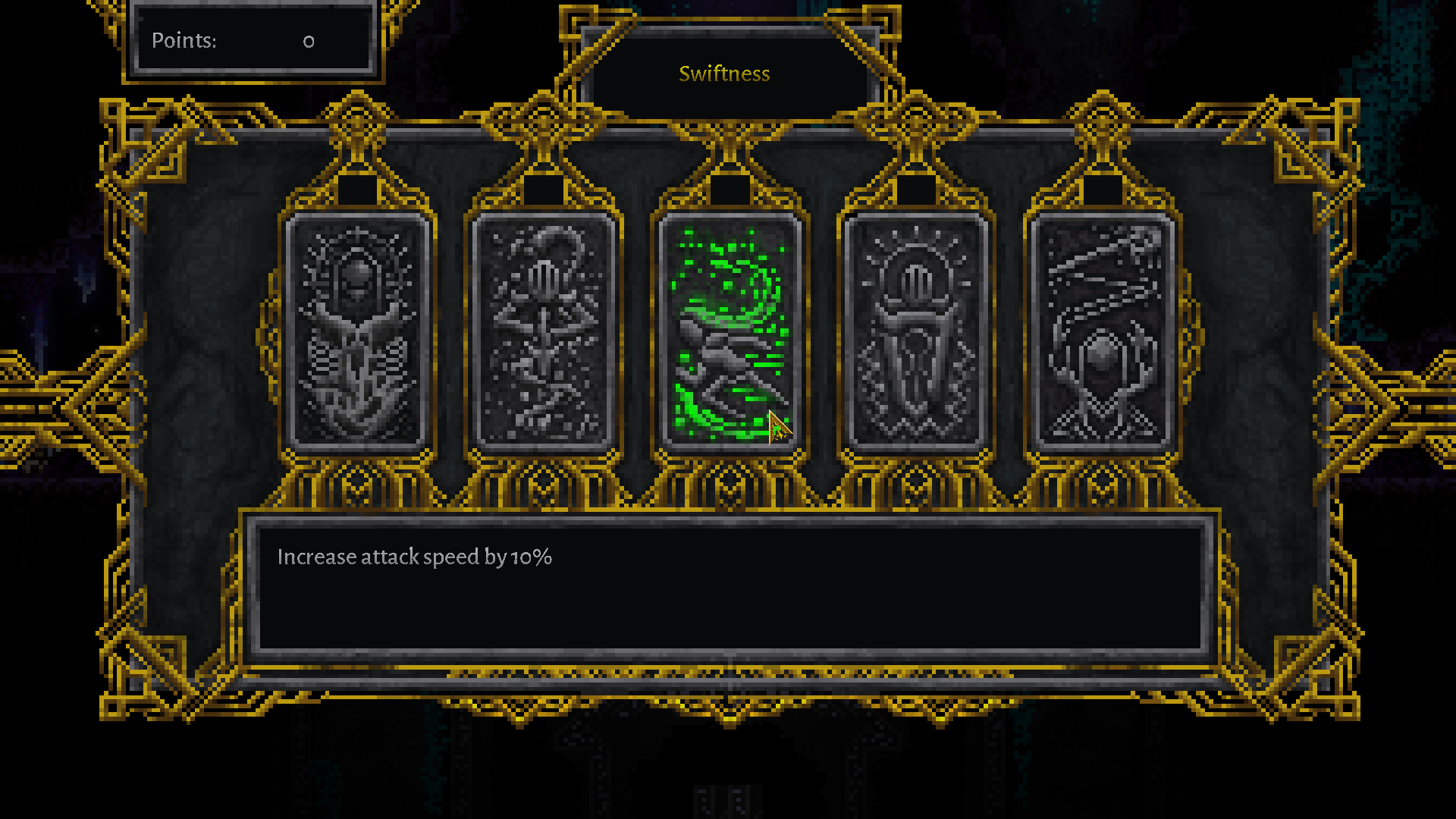 Besides that, I am currently working on replacing some Relics that did not work well, did not have anything to add to a character build or was simply not fun to use. All of these items, 8 in total, will be replaced with new items that focus on mixing fire, neferin and frost together in trinity, as well as more risk reward through glass cannon builds. These new items will have close synergy with many other Relics already in the game, and will hopefully work much better! Here is one of the new Relics; Death Bell, inflicting both Burn, Chill and Taint on nearby enemies when damaged below 10 endurance:

Besides polishing and tweaking, I am of course also working on the next area of the game, under the codename Sacred Gardens! This will be an ominous temple containing small outdoor gardens, as well as the entrance to the Rotroots. The Rotroots will be a massive alternative dungeon added to the game in a later update after the full game release. It will consist of 5 floors the player can traverse through, getting increasingly harder the deeper down you go until you face the end.

Within the 2. area you will also find an entrance deeper into the temple. This will be implemented with the first version of the games full release! It is a short but tough alternative minidungeon, were in the end you will face the Warden; A powerful giant spellcaster who's abilities and even bossroom variate in each playthrough, making each time you face it a, hopefully, unique experience.

Along with the Warden, I have also been working on their own boss soundtrack! Take a listen to this early work in progress on Soundcloud! :D

That is about it for this time! If you have any suggestions or things you would like to see improved, do not hesitate to let me know! With that said, I hope you guys are having an awesome time, take care!

Play as 5 sorcerers and enter the hunt for the Godstone in this roguelike dungeoncrawler.